January 17, 2017
Following on from my previous blog post, I've now finished. It really didn't take as long as I expected.

Once I got the structure done - those first chains and the first two rows - then the rest was really about keeping track of where I was! I ended up using a small post-it note to keep my place. That saved me so much counting! 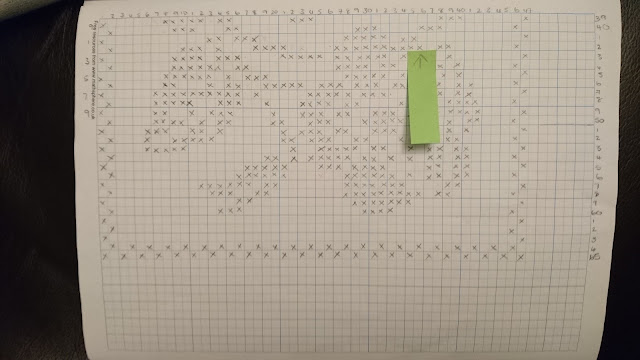 As I crocheted along, I got to a knot in the cotton. Grrr! I'd spent a couple of hours that night already crocheting, and it was near bedtime, so I made a bad decision. I just incorporated the knot into the work. Now I can feel where it is, and it's affected the blocking and tension. So if I were to get into the same situation I'd probably unwind and re-do the work. 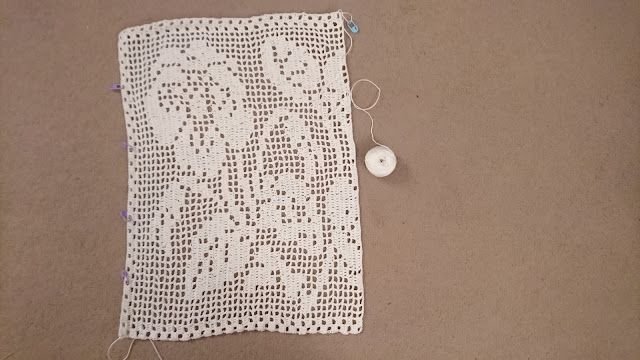 It also became clear I did not have enough cotton to quite finish the piece. Luckily I ordered some and it came so quickly I didn't even have to start a interim project! Although I was sad that I had to weave in ends. I found working in the ends a bit more difficult here, because the nature of the pattern meant I couldn't just stitch over the loose ends like I normally would.

By the time I finished the piece it became clear that I had somehow managed to skip a block - starting with a block of 47  and ending with 46. Of course this meant the alternating empty/full blocks at the final end didn't work out right. 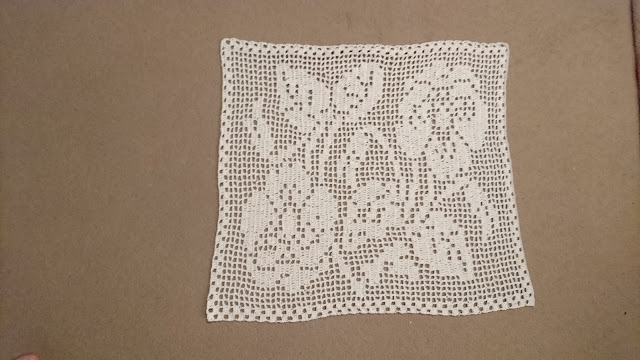 Hopefully the mismatch is not really obvious, especially after blocking the work. This is the first time I'm actually bothering to block a piece! 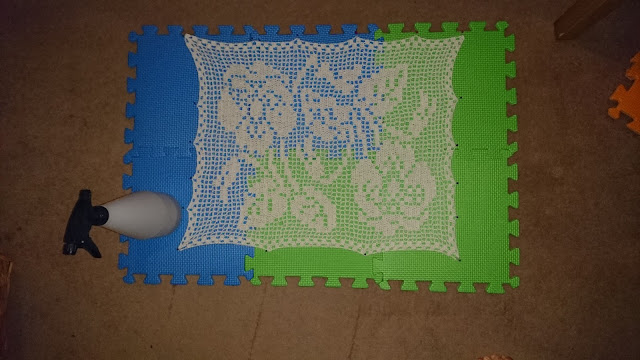 I blocked the work with a spray bottle and pinned out onto my blocking mat. And after a day of drying I now have my first piece of filet crochet finished. I've got a picture of with a ruler: It's worked out about 20 inches across - much bigger than I imagined - but it was the largest thread I could get! 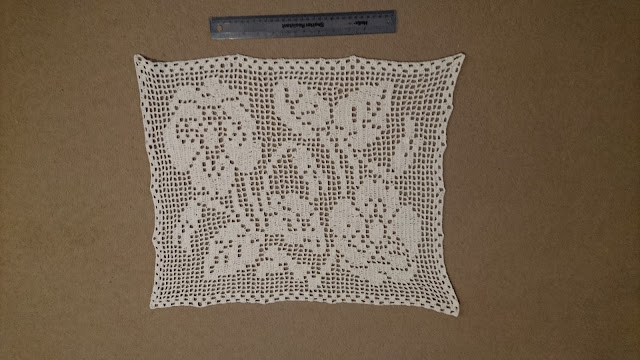 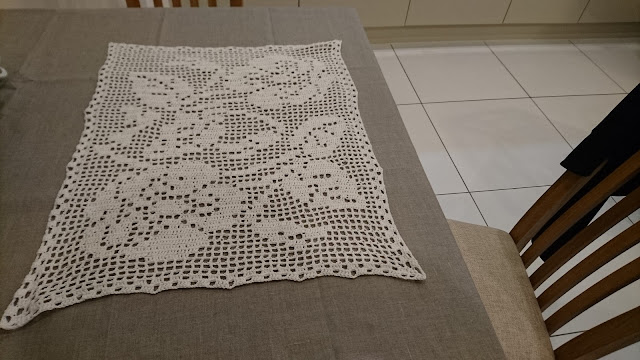